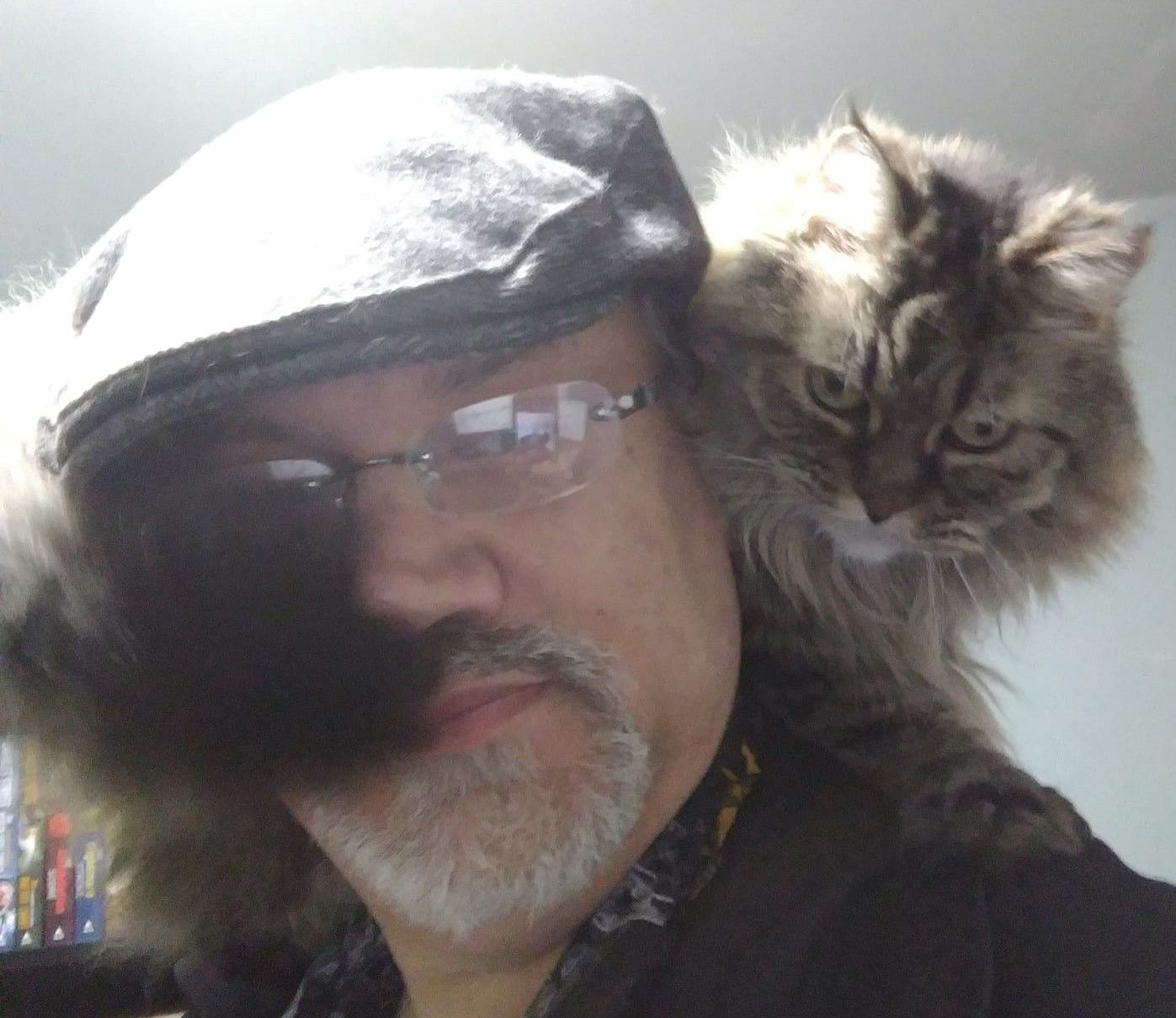 Grady Elliott discovered RPGs in 1981 at the age of 14, and has been both a player and DM of multiple game systems ever since, starting with D&D, Traveller, and Champions. After escaping from his hometown of Grayville, Illinois, Grady pursued his ambitions of creating his own RPG setting, finally publishing Terracide (High Rock Press, Star Hero 6th ed.) in 2011. Along the way, he worked as a disc jockey, planetarium operator, bookkeeper, private investigator, and oilfield technician. He currently resides in Belton, Missouri, where he still runs D&D on a weekly basis. He also enjoys trip hop, cats, rum and sarcasm.

Availability (in order of preference)

All times Central Standard. These are starting times for four hour sessions.

Saturdays: 10am to 8pm. I could run two sessions on Saturday. Fridays: 4pm to 8pm. Alternate Fridays; I’m in Surbrook’s Well of the Worlds 2 campaign. Monday to Thursday: 4pm (only) During the week I need to be up at 3:30am.