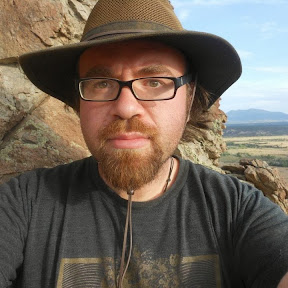 Josh's gaming career began in the 90s, first with Advanced Dungeons & Dragons and then the World of Darkness (everything except Wraith, dang it). Since then he's played and/or run games in Exalted (1E and 2E), Fate Core, Fantasy Flight's Star Wars system, Zweihander, Dungeon Crawl Classics, good ol' 5e D&D, and of course Prowlers and Paragons. His restless creativity and fascination with history combine in layered stories of intrigue, empire, and the divine. If you want story-forward games that are gritty, surreal, and a little experimental, he's your guy. You can hear examples of his storytelling style on the "Tales from Stringersberg" podcast, co-hosted with Drew Davis of Ninetale Hobbies.

In the so-called "real world," he's a writing instructor who's almost done with a PhD in English, so if you really want to butter him up, call him "doc" or something. With Ryan Hatt, he is co-founder of Bleak Horizons Press and co-creator of ALL MUST BOW, a system-agnostic ttrpg zine of cosmic horror. A list of approved jokes about his Italian-American heritage and/or Southern upbringing may be obtained by writing to the Bubba Corleone Spaghetti Company, headquartered in Mayor's Income, Tennessee.