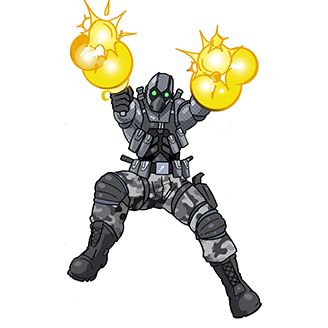 Cosmic gods warred – a universe nearly died. Life remains on a torn and battered Earth; in biodome arcologies of boggling technology, most ruled as kingdoms and city-states by technocrat overlords; in post-apocalyptic cities and outposts of humanity, led by the strongest and most ruthless Advanced beings; and in roving bands of “Wasteland Warriors,” collections of mutants, extraterrestrial refugees, and extradimensional outcasts seeking to claim whatever spoils they can. Desperation, selfishness, and outright evil plague this nearly-dying world – will you be one of the Heroes to give it hope?

The AfterFall Legacies setting is best defined as “Dying Earth with Superheroes.” You’ll experience elements of Rifts, “Mad Max,” any number of post-apocalyptic storylines from superhero comics, and “Thundarr the Barbarian.” Sean is the co-designer of the system and is happy to teach the rules. Chat-Play up to Extensive is available, and multiple Seasons are possible. Number of players is negotiable.